Since I live in Short Creek and do advocacy work for many that live in or come out of plural communities, people often ask me my view on polygamy. Although I used to be an anti-polygamy activist, I am not anymore. This does not, however, make me a pro-polygamy activist. The facts in the research are still the same. 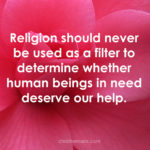 There are many vulnerabilities that people living in plural households face. They are more likely to live in poverty, have health problems, the wives are more likely to suffer depression, there is lower life expectancy, and the list goes on.  You can read the research yourself below (it’s a work in progress).

Some people also love living in a plural marriage, get better educations, live longer lives, etc.  I am neutral on this topic. I choose to have friends whether they are monogamist, polygamist, polyamorist, religious, or atheist. I do not do a religious test or a lifestyle test to determine who is worthy of assistance in life. I focus on reducing harm, promoting education, enabling therapy, increasing housing stability, and more. I am posting links to academic or legal work regarding polygamy. I am not endorsing any particular view or study. I am simply hoping to make it easier for you to do your own studying.

My research passions include the traumatic impact of media humiliation, misrepresentation, victim-blaming and public shaming. I'm also a trafficking survivor, humanitarian and activist seeking to empower the oppressed, promote post-traumatic growth, and enrich lives through the use of media, research, and story.

More reasons to show compassion to stigmatized populations. New study: Internalized stigma linked with declines in… twitter.com/i/web/status/1…
20 hours ago
@ohlalola You should run for president!
21 hours ago
Agreed. twitter.com/DrDoyleSays/st…
1 day ago
Another cult leader being held accountable. Idaho whistleblower won fraud & racketeering charges against "prophet"… twitter.com/i/web/status/1…
2 days ago
@ohlalola @trustmecultpod Yes! Proud of you all
3 days ago