Channel 13 News in Albany, NY reported on a story that came out in the New York Times. In the reporting, the victim blaming was rampant. I have analyzed the transcripts below.

Transcript: There’s shocking allegations about a group that’s long been at the center of controversy in our area. That group is NXIVM. Based in Albany, it was founded in 1998 by Keith Raniere.

This is factual and fair.

Transcript: It’s been called a successful executive coaching program by some and a cult by others. A New York Times report out Wednesday says some female members are called “slaves” and have been branded with Raniere’s initials.

Dignifying: Describing that some call it a successful executive coaching program allows the reader to clue in there was something positive in the program.

Transcript: This had us wondering what would compel anyone to join an organization that brands them or abuses others?

Humiliating: This implies that there is something wrong with the survivors in the story, as if they knew ahead of time that they would be branded, or that they were joining an organization that harmed people. This suggests that all in this group were mentally deficient. Furthermore, by not mentioning the value in the group, it adds to the misconception that only foolish, non-thinking people join this group, and for no good reason other than to participate in self-harm or harming others. Nothing could be further from the truth.

Transcript: A local psychiatrist says these types of groups prey on certain people and take advantage of their vulnerabilities.

Dignifying: Using the word “prey” acknowledges that there was victimization, as does using the term “take advantage.”

Humiliating: Classifying the victims as a separate group of people (“certain people”) with “vulnerabilities” suggests that these people are different from normal people. The fact is that everyone has vulnerabilities, and master manipulators simply find a way to twist each individual’s vulnerabilities to his own advantage. Furthermore, whenever there is a victim, the focus should stay on the behaviors and techniques used by the predator, not on what was wrong with the prey.

Transcript: “It is a question that people ask all the time. It’s not that people want to be branded and abused — but rather they feel the cult is the key to what they need to make them whole.”

Humiliating: This is again misleading viewers and readers to believe that only flawed people (people who are not whole) will become victims of cults. This is false and demeaning.

Transcript: The door was wide open at the NXIVM office in Colonie, when NewsChannel 13 showed up to ask questions. They told us to wait outside. Moments later, someone shut the door without saying a word. We went there to see if anyone would defend allegations in the New York Times by women who say they were branded to join a sisterhood within the organization.

Transcript: The women described they were instructed to say: “Master please brand me, it would be an honor,” before the room was filled with burning flesh.

Dignifying: This made it clear it was not their idea.

Humiliating: While the statement may be factual, omitting critical information before this statement is problematic. There is no discussion of the coercion, the fear of loss or retaliation for not complying, or key research in social psychology such as cognitive dissonance, conformity studies, loss aversion or undue influence. Without this information, again, it makes the viewer/reader question the sanity of someone who would participate.

Transcript: They told the paper they were required to give a nude photograph and warned the photos may be released publicly if they talked about the group.

Humiliating: This is humiliating for the same omissions mentioned above. Additionally, here was a missed opportunity to dignify the survivors by describing the potential for blackmail, and pointing out the tremendous risk the survivors faced for coming forward. This was a chance to describe the bravery of the women who spoke out. Without pointing that out, the viewer/reader is left interpreting the line as further confirmation of the foundational theme – that there was something wrong with the victims.

Transcript: “What is happening essentially is that these organizations and these people leverage your lack of an identity, your lack of a self into their own interest,” explained Psychiatrist Dr. Anthony Ferraioli.

Humiliating: To say that cult survivors lack an identity is victim-blaming, humiliating, retraumatizing, and false. Perhaps this misinformed psychiatrist was thinking of the 1960’s when cults were in the news often for attracting teens, runaways, college students. Certainly, youth and identity-seeking contribute to vulnerability, but cult research has progressed lightyears since then. NXIVM, remember, was promoting executive success coaching. It attracted people with strong identities, including highly successful people like Richard Branson, etc.

Furthermore, the focus on the deficits of the victims here is an example of committing the Fundamental Attribution Error (FAE).

In social psychology, the FAE is when people interpret the behavior of others in way that places undue emphasis on internal characteristics of the victims, rather than the considering the external factors and pressure – which are the true causes.

Transcript: He says it may seem strange that someone who appears to be fine and quite successful would join an organization that would brand or abuse them. However, he says they can’t help it. “Are you the type to idealize something or somebody? Because if you are, you’re vulnerable,” noted Ferraioli.

Humiliating: This suggests that people who “appeared to be fine” (but really weren’t) knew that this organization would brand and abuse them, and they joined because “they could not help it. ” Once again this piece confirms the message that there is something wrong with the victim – so wrong that they cannot even help themselves from joining an abusive organization.

According to Lerner and Miller (1978), people have a tendency to devalue and demean victims, even those that are most deserving of sympathy, in order to bring about a more appropriate match between her character and her fate. This enables viewers to handle the presence of injustice. This is also known as Just World Beliefs. The idea is that the victim must have done something to deserve her victimization, so observers look to find an explanation within the victim’s behaviors, poor decisions or inherent flaws. If the victim did not deserve to be victimized, the world would not be a very safe place, and the viewer/reader in the story would feel uncomfortable and filled with worry that such an injustice could also happen to them.

Transcript: Simply put, he says it stems from childhood where the adult is trying to fill an emptiness that was left behind. A cult takes advantage of that and makes you feel that they’re the savior.

Humiliating: These words make the victims seem far different from the viewer/reader. Differentiating victims (i.e. painting them as having been abused as children, unwise, gullible, weak, idiotic, too trusting, asking for it) sets the foundation for viewers to believe that victims merited their suffering due their internal characteristics.  Psychological distancing enables victim-blaming which allows the viewers to feel superior and safe (i.e. the same misfortune would never happen to them because they are not that stupid, they would never do that).

Transcript: “Once you’ve decided that they are the key to my life, to my healing. They are the savior for me. You at that point are very much vulnerable to doing whatever it is they want you to do,” pointed out Ferraioli.

Humiliating: This makes survivors appear to be needy, ignorant and foolish, when this is rarely the case in real life. This piece continues to pummel the victim into a dehumanized being with character deficiencies rather than focus on the external circumstances that contributed to her victimization. Once again, this is the Fundamental Attribution Error at work.

Transcript: Dr. Ferraioli says the person who joins a cult basically has the same disease as the one who creates it, this kind of fragility or narcisissm.

Appalling: In all my years of studying victim blaming and retraumatization caused by the media, the above quote takes the cake.

Since when is the prey as responsible as the predator? This is false and irresponsible. This rushed, sensational piece of content lacked sensitivity, utilized a misinformed “expert,” and attracted viewers at the expense of the psychological well-being of the victim.

Sarah is a vibrant, intelligent woman; a writer, actor, and talent, as well as a wife and a mother. She deserves to be honored in the media for being the first to courageously speak out about having survived a branding, rather than shamed. Sarah’s story finally garnered the attention of the authorities who ignored NXIVM for years. Today the company is out of business, several people are in prison or waiting to be sentenced, and Sarah’s willingness to speak up was critical.

As far as the news piece goes and survivor sensitivity, I grade it a D –. 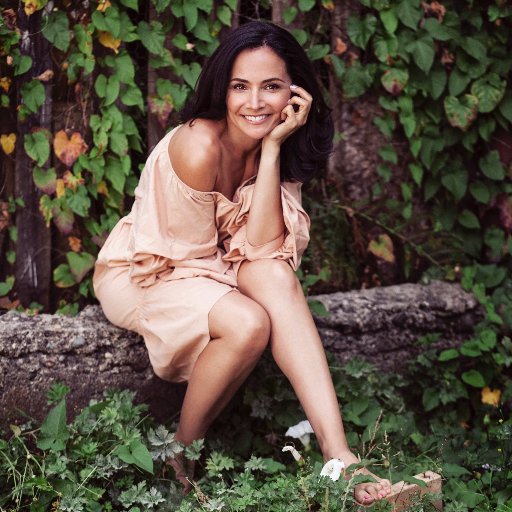 Link to article below.

Sign up with your email address to receive news and updates!

The Trauma of Humiliation

What is Media Psychology?

I am a coffee-loving, psychology researcher exploring the intersection of human life and storytelling, past and present. I seek to dignify those humiliated, promote post-traumatic growth, and enrich lives through the use of media, research, and story.

Yay! @OtherworldThtre Lakeview’s Otherworld Theatre Company Celebrates A Return To Live Shows With ‘Star Trek’ Acto… twitter.com/i/web/status/1…
1 month ago
@Television_Boy I LOVE this graphic.Did u make?
1 month ago
Read the mission statement & the rest of the page. This film matters today. Let's support this crowdfunding effort.… twitter.com/i/web/status/1…
2 months ago